You can sign up for our electronic newsletter, to get information about events and other news

SanGiovanni is an Italian restaurant on the corner of Vesterbro & Vingårdgade in the heart of Aalborg, which has been owned and run by the Volpi family since 1988 and thus one of the city's oldest restaurants.

We offer everything the heart could desire from the Italian pantry. We make everything ourselves from scratch from fresh ingredients and source e.g. fresh vegetables from Italy. Our staff primarily consists of skilled cooks and skilled waiters and we always have a minimum of 4 students undergoing training in the house.

We have Trattoria & Pizzeria, Bar, Banquet Rooms, Private Dining, Wine Cellar and Take away in the house, spread over 2 levels with a total of 1100 square meters. with entrance from Vingårdgade 25.

With our facilities, it is our wish to be able to accommodate our guests with the wishes they have for a specific occasion. Whether it's a drink in the bar, an informal dinner in our Trattoria, an all-night experience with Private Dining in our cellar La Cantina or a larger party to mark an occasion, we have the setting for it. Everything made from an Italian point of view and with Italian ingredients.

The Danish-Italian married couple Benthe and Giovanni Volpi opened SanGiovanni on September 15th. 1988 in the premises of the legendary Konditori Kristine and has since been run by the family. Today, it is Benthe and Giovanni's eldest son, Mikele, who, together with his wife Jeanette, continues to run the restaurant with a dedicated staff of skilled employees. The couple's youngest son, Daniele, lives in the USA where he has made a career and is thus no longer involved in the operation of SanGiovanni.

Over the years, SanGiovanni has gone through a great deal of development. In 1988 it started out as a classic Italian Ristorante & Pizzeria on the corner of Vesterbro and Vingårdgade. The decor back then was very different from typical Italian eateries as Giovanni decorated with flowers and statues as well as heavy granite tables.

Up through the nineties the interior was changed and there was more focus on Italian cuisine rather than pizza and SanGiovanni became a member of the Slow Food movement. In the late nineties, the wine cellar under the restaurant also began to take shape. Today it is the part called La Cantina, which consists of a total of 5 rooms and a completely unique Italian wine cellar.

In the year 2000, SanGiovanni became a 100% Italian restaurant when the pizza oven was switched off in a small ceremony and pizza was removed from the menu. There was more focus on the classic Italian meal and especially the wine cellar with the large all-night menus was in increasing demand. Likewise, the family also began importing more wines and raw materials directly from Italy.

In 2004 SanGiovanni was completely rebuilt and expanded with 3 banquet rooms and light renovation of the wine cellar which was expanded with another small room and now had more than 200 seats in total.

In 2011, the decision was then made. The Slow Food concept had to be integrated with the wine cellar concept into an independent restaurant with its own entrance, its own staff and menu. The Slow Food restaurant was to be converted into a Trattoria and (the missing) pizza was to be reintroduced, as well as A CASA take away was to be established in the former wine shop, Enoteca, all during the spring of 2012.

In 2015, a decision was made to close the basement, La Cantina, for regular restaurant operations and focus exclusively on Private Dining and parties. It was thus only the Trattoria that was open as a regular restaurant and the rest of the house was now Banquet capacity.

In 2020, the world and the restaurant industry suffered from the Covid-19 pandemic. This set a lot of restrictions in motion with distances and closing times, but at the same time the pressure was enormous as a lot of people wanted to go out to eat. During this pandemic, they began to include a banquet room as a restaurant as there were not enough tables in the Trattoria itself and 2/3 of the house were rooms for banquets that were empty due to Covid-19 restrictions. It worked so well that they continued to do it as the number of guests was growing and the capacity in the Trattoria was running at maximum, especially at weekends.

This growth also put pressure on the relatively small entrance area on the corner of Vesterbro and Vingårdgade. This meant that in 2023 the decision was made to move the main entrance from the corner of Vesterbro & Vingårdsgade to the entrance by the banquet rooms in Vingårdgade. The entrance at Vingårdgade is the largest in the house and it underwent a major renovation so that it appeared more open and inviting ready to receive guests for both the Trattoria, parties and the newest addition to the family, the Italian bar "il Bar". The new bar is set up in the former banquet room facing Vingårdsgade. New windows have been installed so that the facade can be opened and the bar has been specially designed. The bar "il Bar" opened in February 2023.

The house now has almost 1,100 square meters of restaurant on 2 levels and employs approx. 30 employees. A new main entrance in Vingårdgade is now in use. On a daily basis, it is the Trattoria and Bar "il Bar" that is open every day of the week,  while La Cantina only open for parties and Private Dining. The banquet rooms provide a setting for all types of events. 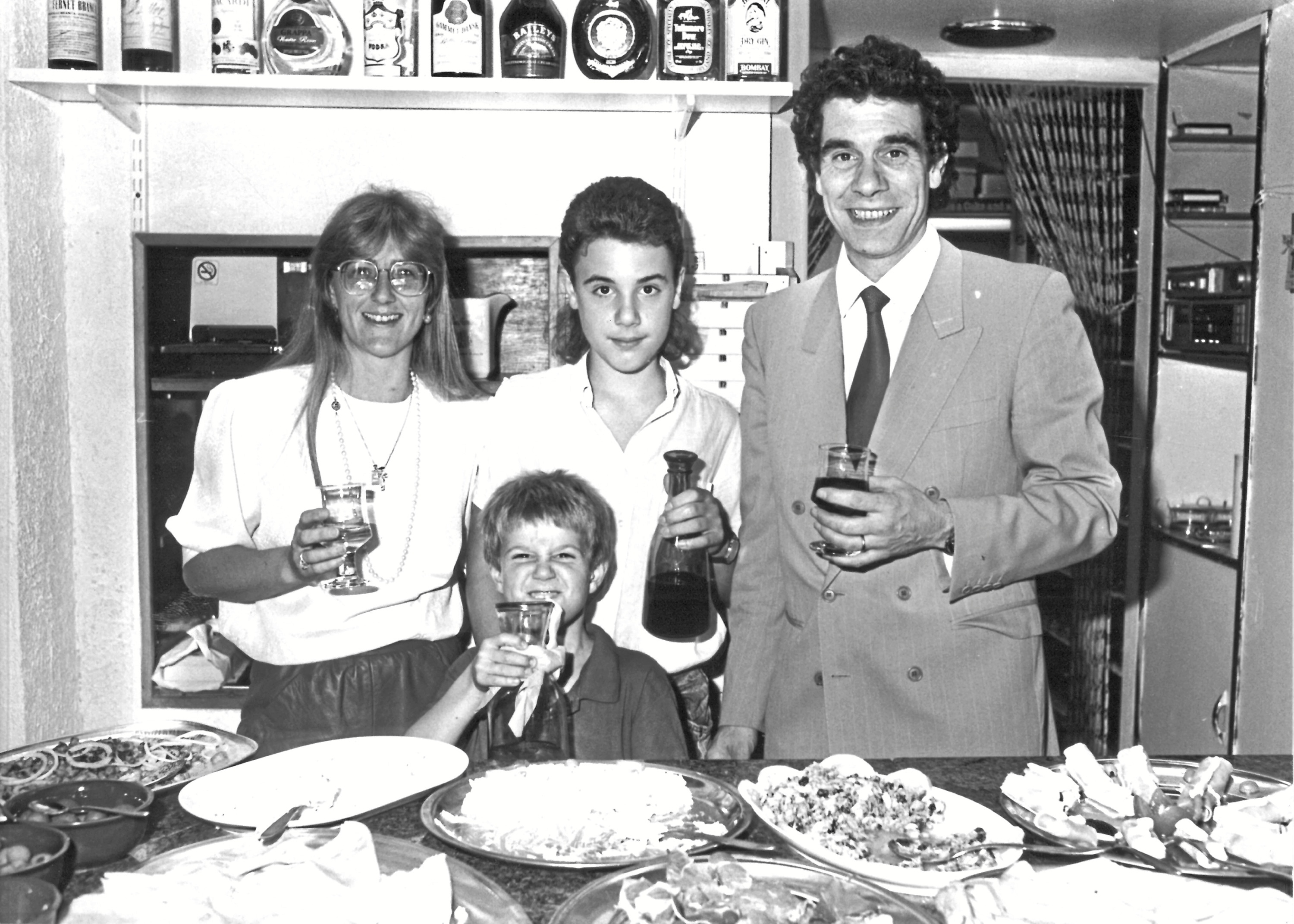 The Volpi family on Septemer 15th 1988 - Benthe, Mikele, Giovanni and Daniele in the front